From This Might Be A Wiki
(Redirected from Pink) 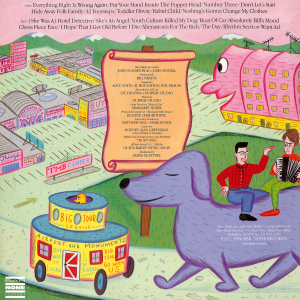 They Might Be Giants is TMBG's self-titled debut album. Many fans refer to it as The Pink Album due to the pink background on the album cover, similar to The White Album by The Beatles, which is also fan-named but officially a self-titled album. In the early days of TMBG's internet-based fan community, it was occasionally called the Big Blue Dog album because of the illustration of the Johns riding a dog of such a nature. The cover art was illustrated by Rodney Alan Greenblat. Bill Krauss, who was the band's soundman and who had produced TMBG's demo and promotional tapes, served as the producer for the album.

The importance of the album and its successor, Lincoln, led to the two being re-released in their entireties alongside a number of demos and rarities on the Restless compilation Then: The Earlier Years. However, the version of "Don't Let's Start" on that compilation is the single version, rather than the album version. 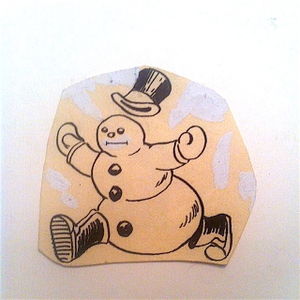 Snowman clip art, modified by John Flansburgh for its inclusion in the liner notes