Not to be confused with Don't Let's Start (Album), a collection of B-sides.

Don't Let's Start was released as a maxi-single from They Might Be Giants in 1987 through Bar/None, and later Restless Records, with distribution initially handled by ESD.

The cover art for this release is credited to Mark Mazut, though the illustration originates from an an educational children's book discovered by John Flansburgh, who made a few cosmetic changes to the original image. The photograph on the back of the vinyl release and the front of the CD release of the EP was taken at a 1986 show at CBGB's and features part of an unusual stage prop created for the Johns by Barbara Lipp.

In 2019, the maxi-single was reissued though TMBG's own label, Idlewild Recordings, for Record Store Day. The reissue features the same art (in a green color variation) and track listing. The songs were remastered by UE Nastasi, who has mastered several contemporary TMBG reissues. 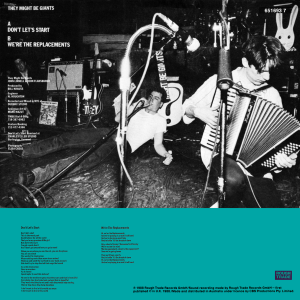 This reissue was released in 1990 and featured completely different B-sides in order to promote Flood. The cover artwork prominently features the robot Metal Mickey from the 1980s UK television show of the same name. 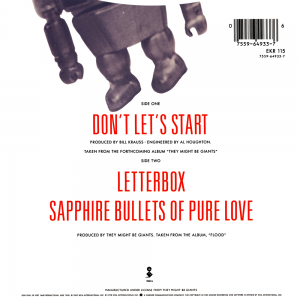