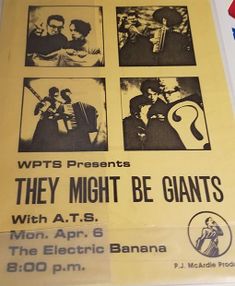 They Might Be Giants
Electric Banana in Pittsburgh, PA
April 6, 1987