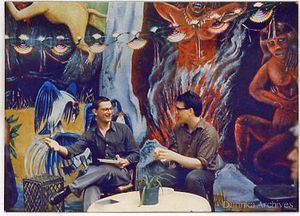 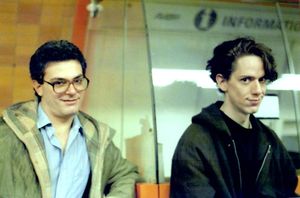 Before the band, he and John Flansburgh were friends and would occasionally do various art projects and practical jokes together, including a self-released art zine called Art In Context in 1985.

Sometime after Lincoln was made, Bill Krauss left the band. This may have had to do with Bill’s hatred of crowds, something he mentioned in a 1994 interview with Myke Weiskopf: "One of the reasons that I had to stop touring was that I hate crowds. And the more successful the band got, the more crowded things were, the more annoying it was."

Outside of work with They Might Be Giants, he has produced the Jickets' Hello CD Of The Month Club album and the soundtrack for their animated film, Shimmelsteen.[5] He also produced albums for The Ordinaires and Pinhead, and also did mixing for other groups like Otis Ball, as well as various recordings for karaoke machines. After working in web and graphic design, technical and fiction writing, acting, voice-overs, and photography, he has been doing software design and development since 2008.