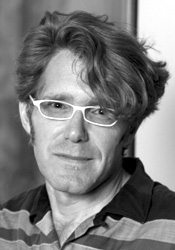 Al Houghton is a prominent producer in New York City who helped produce They Might Be Giants' releases from the beginning of the band's recording career. He engineered TMBG's very first official release, the Wiggle Diskette, as well as the eponymous debut album, which was largely recorded and mixed at Houghton's own studio, the popular Dubway Studios.

He also plays guitar and is a member of the band Life In A Blender, for whom John Linnell contributed some accordion playing in 1997.