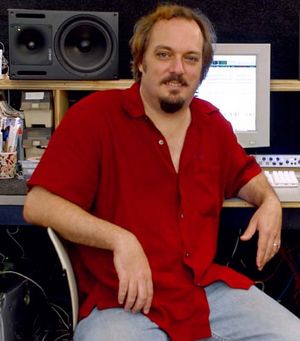 Patrick Dillett is a producer who first began working with They Might Be Giants in 1990 as a second engineer on Flood and has been producing TMBG's albums since 1996. Other artists Dillett has worked with include B-52's, Mary J Blige, David Byrne and Brian Eno, Mariah Carey, Notorious B.I.G., Queen Latifah, Diana Ross, The Vaughn Brothers, and others as well as many acts associated with TMBG.

In addition to producing and engineering, Dillett played keyboard on "Goodnight My Friends" from Here Come The ABCs and "hosted" (via a speech synthesis program) TMBG's Podcast 27A. Dillett had previously used speech synthesis to communicate with fans in Mono Puff's "Hidden Track", which opened their 1998 album, It's Fun To Steal (which he also produced).