The Else is the twelfth studio album by They Might Be Giants, released digitally via iTunes on May 15th, 2007, and on CD July 10th. 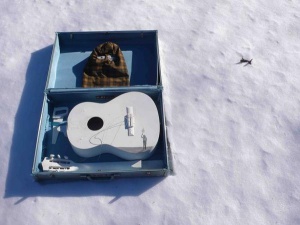 Untitled - A photo by Marcel Dzama

TMBG sat down to begin work on the album in early 2006, and spent over a full year recording, writing, and producing it. John Flansburgh:

We were very lucky that we could approach this project without deadlines or release schedules hanging over our heads. We wanted to be sure this was an album that was our best effort from beginning to end and I am very excited to report I believe we've actually done it!

The Iraq War was an influence on the songwriting process for the album. John Linnell:

That period was also in the wake of Iraq War, so we were kind of feeling bad all the time because of the shitty government that we had. Normally that kind of thing won’t have a very direct relationship to our own theme, but there's a number of songs on The Else that were a reflection of how horrible everything seemed at the time.

Before that project had a name, all my files were just in a folder called "During the War." It's not the topic but it is the backdrop. It was the thing that's happening that's just sort of poisoning everything around it.

During the band's 2006 tour, they previewed three songs from the new album, "Bee Of The Bird Of The Moth", "Careful What You Pack" and "The Cap'm". No other songs from the album were performed until May 2007, on TMBG's "warm-up tour" for the album.

The album was collaboratively produced by Pat Dillett (TMBG's producer since 1996's Factory Showroom), The Dust Brothers, and They Might Be Giants themselves. The album's title was revealed in late February 2007, during a phone interview by Spare the Rock, Spoil the Child with Marty Beller. Artwork for the album was created by Marcel Dzama, the artist behind TMBG's 2003 Bed, Bed, Bed book. Dzama has also created many promotional photographs for the album, such as "The Else rehearsals." The photographs are included with the album's CD release.

On April 27, 2007, TMBG revealed via a Myspace bulletin that The Else would first be released via iTunes on May 15, seven weeks before its July CD release. According to a disclaimer posted to their Myspace profile, the band made the decision to release it early on iTunes "out of consideration for their fans that feel they cannot wait." Following its May 15 release, the album reached the following peak positions on the iTunes album charts:

It also reached #9 on the Billboard Top Digital Albums charts that week.

The July 10 CD release of the album, hailed as a "deluxe CD" by TMBG's Myspace bulletins, includes photographs by Marcel Dzama and a full-length bonus disc, included with the album's first pressing. The bonus disc includes 23 tracks which, according to TMBG's Myspace bulletins and a 2007 newsletter, consist of new rarities and "hi-fi versions" of podcast favorites, along with "many previously unreleased studio recordings in brilliant CD quality sound!" The bonus disc is not, however, accompanied by a printed tracklisting, publishing information or the like. The bonus disc is separate on streaming services such as Spotify and Apple Music. 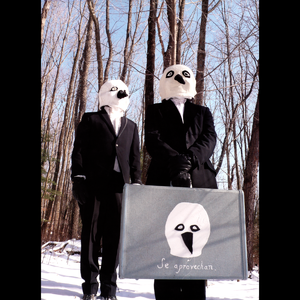 In a June 4, 2007 Myspace bulletin, John Flansburgh revealed that The Else would also be released as a gatefold vinyl LP by Rounder Records. The vinyl LP was released Tuesday, September 11, 2007, with packaging designed by Melissa Jun. Prior to that, the last TMBG albums to be released on LP were Flood (1990) and Apollo 18 (1992, in Europe only).

Like The Spine, the album did not feature a traditional single that was sold to the public. Promotional copies of "I'm Impressed" were released to radio stations. In addition, the band released videos for five of the songs on the album: "With The Dark", "I'm Impressed", "The Mesopotamians", "The Shadow Government", and "Take Out The Trash".

A chart showing the performance of The Else on the CMJ charts.

While the album had limited success on the Billboard charts between both releases, it had a successful run on the College Music Journal (CMJ) Radio 200 and Triple A (Adult Album Alternative) charts. It spent 8 weeks on the Radio 200 (of which 5 weeks were in the top 10), peaking at #5. It also peaked at #6 on the CMJ Triple A chart, a chart on which it spent 5 weeks.

Main article: Cast Your Pod To The Wind