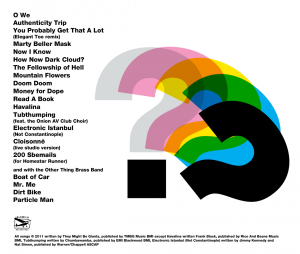 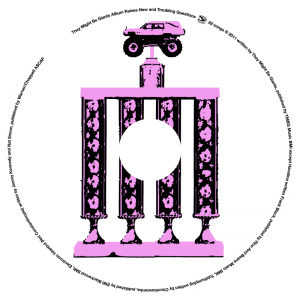 Album Raises New and Troubling Questions is a compilation released October 28, 2011 through Idlewild Recordings. It includes some songs that were originally written for Join Us and other rarities.[1] The album was released digitally on theymightbegiants.com, iTunes, and Amazon, and a special limited run of CDs is available from the merch store. Downloads from theymightbegiants.com also included five new music videos. The digital and physical releases feature artwork by Paul Sahre.

Most were actually quite unfinished even as we were wrapping up. We went back at the beginning of the month and did a series of clean ups. Some things were tracked brand new--Authenticity Trip, How Now....