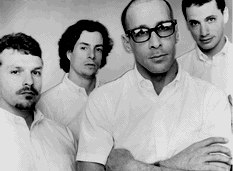 Lincoln is notable for providing They Might Be Giants with two-thirds of the Band Of Dans: Dan Miller and Danny Weinkauf. Other members were Christopher Temple (vocals, guitar, and the chief songwriter) and Gonzalo Martinez (drums and percussion). Dan Miller naturally played guitar, but also provided some keyboard work on Lincoln's self-titled album.

Lincoln opened for They Might Be Giants for several shows in 1997 and 1998. Dan Miller quit the band in Winston-Salem, NC. Lincoln disbanded in late 1998, after continuing on as a trio for several months.