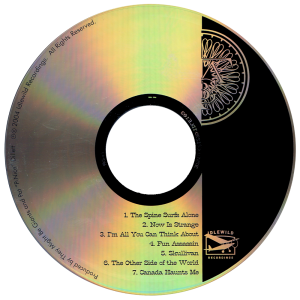 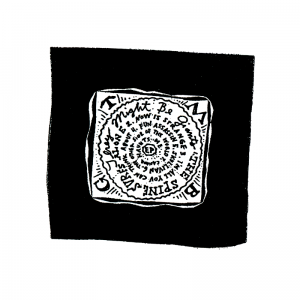 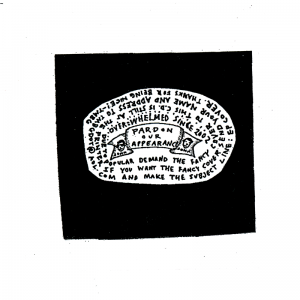 "Pardon Our Appearance" back

The Spine Surfs Alone was an EP released by They Might Be Giants on July 13, 2004, the same date that The Spine was released. It was made available as a CD and also available for download from the TMBG Download Store. The EP's release marked the first time that the band issued two releases on the same day.

The Spine Surfs Alone is really interesting because it's a really unreasonable EP—it might as well be called 'Our Halloween Record.' It's all these ugly, over-the-top creepy songs. I have no idea how a proper rock critic would respond to it—I would imagine they'd hate it because it's really unimportant and in some ways kind of silly. It's exciting to have an outlet that's so appropriate.

There’s a lot of material on The Spine Surfs Alone that is more for the people who already like us. [The] material is a little more difficult to listen to, I think. It’s stuff that we like a lot, but I don’t think we’d want to inflict it on everybody, as sort of the first wave of what they might hear by us. I love The Spine Surfs Alone, but I think a lot of that material is more challenging. [...] We always have extra material. We’re always doing a lot of work. Some of the stuff on The Spine Surfs Alone was stuff that we cooked up possibly for the album, and some of it is just material that we have in addition – not just to spill over, it’s the other thing, it’s more stuff.

Many copies from the first run of the EP, sent out to those who purchased it via TMBG's online store, lacked a full set of liner notes. Instead, early copies substituted in a "Pardon Our Appearance" cover. These copies were also pressed on CD-Rs with non-professional labels, rather than CDs, which were used for the later version. In order to get a full set of liner notes, one could email Operator Dot with their name and address.