BOOK is the 23rd studio album by They Might Be Giants, released on November 12, 2021[1]. The album is available in a variety of configurations, including a 144-page hardcover art book containing the album on CD, as well as vinyl, cassette, standalone CD and limited run 8-track.

John Flansburgh began hinting around March 2019 that the band had begun working on their next album. The first studio sessions for the album took place later in the year, with initial photos and clips from the recording studio showing up on TMBG's social media on starting on November 18.[2][3] In a December 2019 radio interview, Flansburgh estimated that TMBG would be writing and recording for the album through April 2020, with an additional production phase after mixing that would make its release a "slightly longer process than normal".[4] This step may have been referring to the then-unannounced book that would accompany the album.

Flansburgh mentioned on Tumblr in early 2020 that making this album had the band in a similar creative situation to the lead-up to 2011's Join Us, and that they needed "a moment to regroup" after their three-album output in 2018. "We did multiple albums in a row, kind of assuming that manic output would never end, but then it does!"[5] 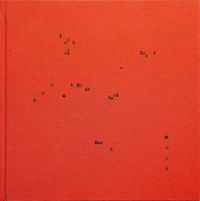 The band intended to follow up their late 2019 studio sessions with two more weeks of recording at Reservoir Studios in April 2020 to finish the album, but its production timeline, as well as the band's live tour, were halted by the COVID-19 pandemic. The two weeks in April were intended for completing then-unfinished songs, recording vocals and sequencing the album's track list. Unable to visit the studio, John and John continued writing new songs from home in the months that followed, ultimately leading them to swap out "six or so" tracks intended for the album for newly written ones.[6] One such new song, "I Lost Thursday," was released more than a year ahead of the album in October 2020. The song featured a bassline recorded from home by John Linnell and was entirely self-produced by the band remotely, making it the only track on the album not produced by Pat Dillett.[7] According to Flansburgh, the other songs "cooked up in the midst" in 2020 were "Super Cool," "Quit The Circus," "Darling, The Dose," and "Wait Actually Yeah No."[8] Linnell also confirmed that "Drown The Clown" was written post-lockdown, and was such a latecomer to the album that its lyrics were not published in the album's accompanying book.[9]

In July 2020, They Might Be Giants announced details of BOOK including its title, planned early 2021 release, and various release configurations.[10] True to its title, one configuration of the album is a CD included in a 12x12" 144-page cloth-bound hardcover art book featuring full-color photography by Brooklyn photographer Brian Karlsson, and TMBG lyrics "graphically set in the style of poetry concrete by world-famous designer Paul Sahre on an IBM Selectric typewriter from the early '70s." Included lyrics in the book are from BOOK, My Murdered Remains, I Like Fun and the The Pamphlet EP (which consists of songs recorded during the BOOK sessions and newer tracks[11]). Other configurations of the album include 180-gram vinyl, standalone CD, cassette and 8-track tape (in a sold-out limited run of 250 copies).

In December 2020, They Might Be Giants were able to return to Reservoir Studios, clad with protective masks, to finish recording the album. Over two weeks, the band quickly recorded the remainder of the album in one room while Pat Dillett did final mixes in another, allowing them to do "a month of studio work over the course of the two weeks." During that time, the band posted musical snippets and photographs to social media, including a photo featuring frequent collaborator and horn player Dan Levine.[12][13][14]

On March 18, 2021, pre-orders opened up on the new official They Might Be Giants store, along with a new fall 2021 release window. As the year went on, more preview tracks were released from the album including "I Broke My Own Rule", "Super Cool", and "Part Of You Wants To Believe Me", as well as pages from the album's accompanying book featuring new lyrics from upcoming songs. On August 10, alongside the music video for "I Can't Remember The Dream", the band sent out a press release for the album that was covered by publications such as Rolling Stone and BrooklynVegan, revealing the album's tracklisting. In the PR, John Linnell described some of BOOK's songs as "humorously germane to the catastrophe going on around us," and Flansburgh corroborated days later on Tumblr that about a "half dozen" tracks from the album "were made from scratch during the pandemic".[15] He has also stated, "Looking at this record, I see a little of the worry of the Trump administration maybe infected us inadvertently."[16]

The album was released for download three days early on November 9, 2021 on the TMBG Shop, and includes a free download of The Pamphlet EP. On the same day, a music video for the sixth preview song from the album, "Moonbeam Rays" was released on YouTube. As part of the release cycle, John Flansburgh and John Linnell have conducted dozens of interviews with music journals, podcasts and radio stations including Vulture, Consequence of Sound and Brooklyn Magazine.

Songs with lyrics featured in the book[edit]