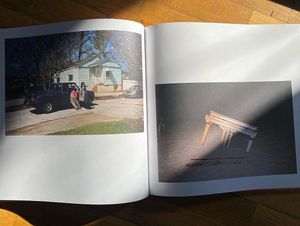 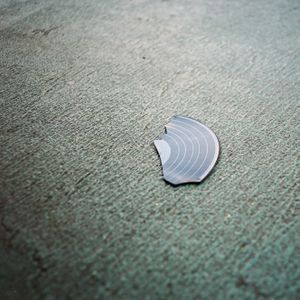 The cover art of BOOK features a photo by Karlsson

Brian Karlsson is a Brooklyn-based street photographer. He is responsible for all of the photographs associated with BOOK, the 23rd studio album from They Might Be Giants, including the cover artwork for the album and its digital singles.

From a November 2021 interview with Brooklyn Magazine:[1]

Illustrating the songs on BOOK with Karlsson's candid, intimate street photography was a natural fit. He was recruited to the project by Sahre, and Flansburgh immediately connected with what he called Karlsson's "egoless, outward-looking style." For his part, Karlsson finds They Might Be Giants' songs to be a perfect match for his approach to making photographs.

"A lot of time you're responding to impulse, whether it's music or photography, and only after, when you're nailing things down and shifting things around until they fit just the right way, does it become something special," he says.

His images can be as oblique as They Might Be Giants' lyrics: a piano half-sunk in sand; an overturned box spilling plastic forks across a sidewalk; a man passing by the camera and his serpentine shadow seemingly seeking escape from his body. And like their songs, they can leave an itch you want to scratch. "I've always found in all forms of art that things that aren't necessarily completely spelled out are the most interesting, the most evocative," says Karlsson. "If you don't give all the information to the viewer, there can be all these different realities."

John Flansburgh also discussed Karlsson in an interview with SPIN:[2]

Brian is a Brooklynite and a Pratt graduate like myself, and our collaboration, due to the pandemic, has been entirely remote so I don’t really know him beyond his work and his work ethic which seems pretty powerful. I get the impression being a street photographer takes up a lot of hours waiting for things to happen. The designer of BOOK, Paul Sahre, discovered him via his connections in the art photography world, and we were very lucky to find someone both as talented and as new to the art scene as Brian. I am pretty certain in a few years he will be a very big deal.