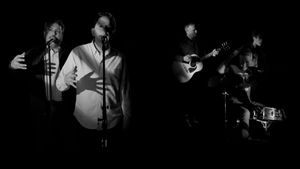 I started writing the song probably five years ago. It started with the opening line, which was "By the time you read this, it will be too late," which is just an expression that's in movies. It's next to ransom note language, one of those melodramatic phrases that ends up in movies. Then John [Linnell] came in with a song that essentially had the same line in it (By The Time You Get This). This has happened before, and it's really flummoxing, because I actually thought the song was working pretty well. So I just kind of shelved it for a little while, and waited. [...] I tried rewriting it and it just wasn't as effective, so I just had to sit it out. But now it's in the world, and I think that it's just a good, well-crafted song. [...] It's just a sad breakup song, written by a happily married man.