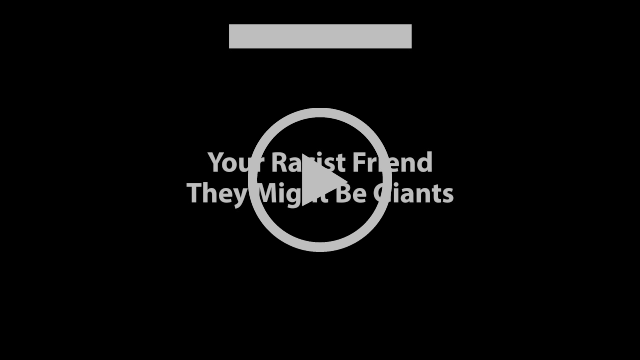 Here is a small breakthrough –– we have found INSTRUMENTAL versions of some songs and our pal Nina put together this slick karaoke video to YOUR RACIST FRIEND. Sing along and share that video on Facebook with the relative you argued with at the holiday dinner. https://found.ee/XNea 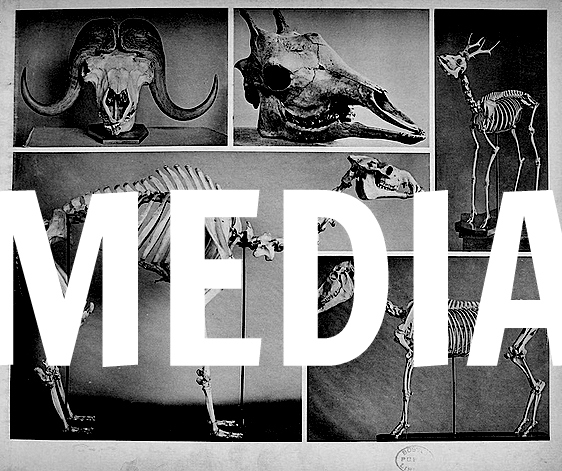 BRAND NEW PRESS
Yes, our 30th Anniversary Flood shows have begun! And so have some of the public notices.

The AV Club from the Onion had a nice interview with John F. https://found.ee/lRVF

Spin had multiple pieces including with folks from Dashboard Confessional, OK Go, Mike Doughty, KAYE, Open Mike Eagle, and others talk about the effect of Flood here: https://found.ee/leap
And another fine interview with John F. https://found.ee/9q4q

John L. has also been working the phones and we will post those interviews in the next email blast.

John F. is also going to be talking on the radio to Dan Aloi on WRFI this Saturday at 1:30pm ET. He missed it last week, so texts and emails will be sent to remind him this week. Tune in on their nifty live stream and call in a question! https://www.wrfi.org/

ROLLING STONG RAVES!
They Might Be Giants Flood 2/22/90
Rating: 2 Stars
"Now that the freshness of their Dorks on Parade Shtick has worn off, the Giants –– New York singer-songwriters John Flansburgh and John Linnell –– need to prove themselves an all-out novelty act or trenchant musical parodists. Judging from Flood, they are unwilling to make either commitment or are simply incapable of doing so. The nineteen ditties crammed onto the album –– sophomoric throwaways ("Particle Man" and "Whistling in the Dark"), ersatz jazz ("Hot Cha") and country ("Lucky Ball & Chain") and an overdose of their standard-issue oompah pop –– aren't as ingratiating as the Giants think they are.” 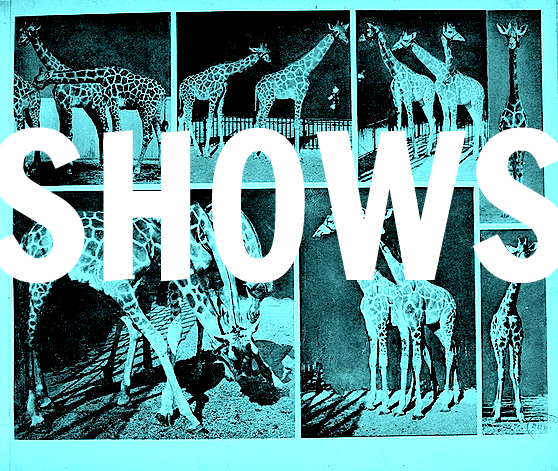 WEST COAST, UK, and EUROPEAN FLOOD SHOWS
Just to address a couple of things that might be generating confusion out there: we are committed to a West Coast tour starting in Vancouver and running down the coast, crossing over to Texas (where our Flood show really began!) and then carry on to points north. We will also be returning to New York City and other haunts on the East Coast at the very end of the summer.

A UK tour along with some select continental dates is in the works, but those shows have not been confirmed so it would be jumping the gun to claim there was a shape and a plan locked down.

The extraordinary situation across Australia is breaking our hearts and our concern goes out to all the people and creatures affected by these terrible fires. Needless to say, it is complicating matters looking to book a tour while focus is on more immediate issues. But, of course, we will not forget all our friends and fans in Australia and we very much look forward to our return with a special new show along with all your Flood favorites. 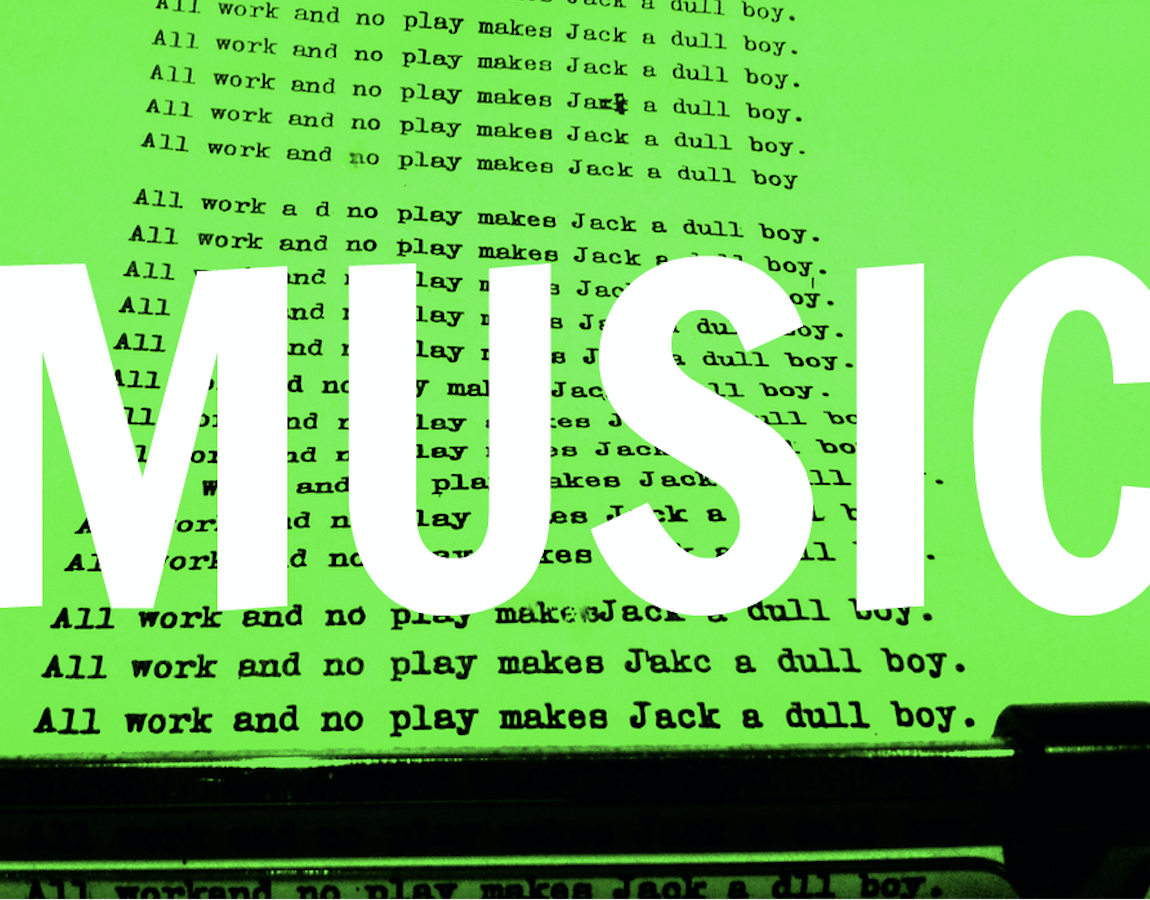 “Hey John F. here. A couple of months ago we started in on the long process of writing and recording our next album. Strangely, we have even come up with a title for it which is something that usually takes forever and ultimately delays all progress. Guess we dodged that bullet this time!

Not a lot we can say about the work we're immersed in right now. There won’t be much to report for at least 6 months, and probably more. But for right now, here are single words taken from the titles of a bunch of new songs: Remember, Rule, Winnipeg, Lord, Wants, Buckle, Synopsis, Minivan, Circus, and Attention.

Now, will all of these one-word song clues really be included on our next album? Possibly not, but if that has peaked your interest, our job here is done.” 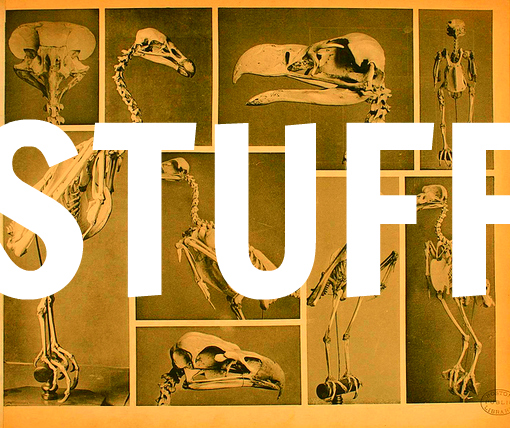 AMAZING NEW FLOOD PICTURE DISK VINYL AND OBJECTS WITH THE WORDS THEY MIGHT BE GIANTS ON THEM
The world of They Might Be Giants' merch has improved considerably in the past six months. Check in with some of this great new stuff.

First off, this brand new Flood picture disk is really beyond description. The zoetrope b-side is a thrill that has to be seen to be understood. https://found.ee/floodpd

NOTE TO UK VINYL PEOPLE: People of the UK! More picture disk vinyl of Flood is on the way! Direct from our secret pressing plant somewhere in Eastern Europe, a portion of these rare disks are coming to your shores. With the cover image proudly illustrated across the A-side and an indescribable psychedelic zoetrope experience on the B-side, this disk contains magical powers equivalent or beyond over-the-counter CBD ointments! No borders can hold us!

This item completely sold out in its first run, so we are accepting pre-orders now to try and avoid the disappointment of underestimating the demand again. We anticipate delivery by February 28 or sooner. Order here now and avoid disappointment! This is where to pre-order: https://found.ee/floodpdUK

For the music lovers out there who like their vinyl in more traditional modes, we are happy to announce that the deluxe LP reissue of Flood is finally back in stock. It includes a fully faithful reproduction of the gatefold, lyric sheet, label, and original credits on an audiophile-friendly 180g green disk. https://found.ee/floodGreen

Keychains? Patches?? Our brand new Flood keychains and embroidered patches are perfect for those who can never get enough of the classic Flood artwork. https://found.ee/tmbgFlood

Folks who adore elaborate and extraordinary t-shirts can celebrate the arrival of our "all over” first album design. Art superstar Rodney Alan Greenblatt’s original artwork comes alive in this insane, one of a kind garment. Not for the shy! https://found.ee/Liw4

It might be cold where you are and the practical necessity of a fresh new sweatshirt at regular sweatshirt prices seems like a no brainer. Why not up the ante with some official “Road Crew” wear just like our hardworking and grumpy road crew wear! The Brooklyn Dodgers-styled zip hoodie is a band favorite. Get one, and get one for your valentine! https://found.ee/iGV9