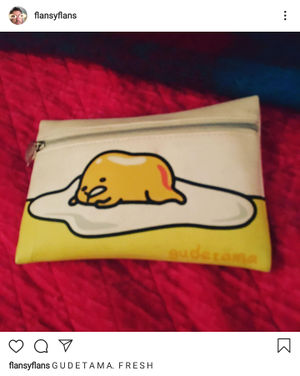 As for the topic, it is really just about feeling isolated from the world, even if you are in a crowded place and manically trying to keep up with your life. The character of Gudetama appealed to me because he is such a mopey sad sack—he seemed to fit.