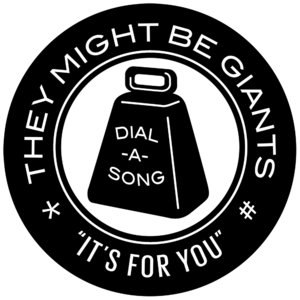 Dial-A-Song's 2015 iteration (sometimes referred to as Dial-A-Song Direct) saw They Might Be Giants releasing a new song each week of the year.

All 52 songs were made available to watch on the band's ParticleMen YouTube channel, streaming services such as Spotify, and over a new toll-free telephone line at (844) 387-6962. In addition, fans had the option of subscribing to Dial-A-Song Direct in order to download the songs as they were released. Subscribers also received access to bonus tracks released throughout the year.

The Dial-A-Song Direct download service was initially presented in late 2014 as an alternative to the They Might Be Giants Instant Fan Club "for folks on a budget". Subscriptions were open for all of 2015 and cost $30 USD. Subscribers to the 2015 IFC were automatically subscribed to Dial-A-Song Direct. The service officially began on January 5, 2015, with the track "Erase". Songs from the service were compiled onto three albums. The first one, Glean, was released in April. A children's album, Why?, was the second album collecting the songs, and released in November. A third, Phone Power, was released in March 2016. Songs that didn't end up on these three releases were later included on the 2018 release More Murdered Remains, the bonus disc for My Murdered Remains.

John Linnell stated that the band began working on material in 2014 to "get a pretty strong backlog going" before they started the project officially; "then we continued working through last year while we were putting out the stuff that was coming out every week."[1]

The success of this iteration of Dial-A-Song led to a direct follow-up in 2018. 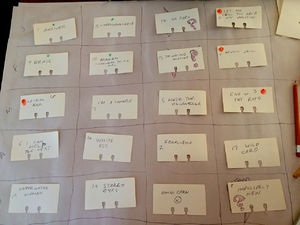 Planning out the song schedule

The service was available through Drip.fm, a digital music subscription site. John Flansburgh quipped, "we like to think Drip stands for 'Dial-A-Song Recordings is Perfect'".

Songs were released for download every Tuesday morning at 1 AM ET, following their Monday evening premieres on Slate's The Gist. Subscribers could download each song in the format of their choice (FLAC, WAV, AIFF or MP3). Non-subscribers can also purchase tracks individually via Amazon and iTunes. Lyrics for each song were typically released a few days earlier via TMBG's social media accounts. Each track was also released with an official music video.

The band indicated that they would post bonus material for Dial-A-Song Direct subscribers approximately every other Friday (though this schedule was not strictly followed). These consisted of rarities and demos, both "old and new". As general bonus tracks, the band also made "Got Getting Up So Down" and "I Wasn't Listening" available early through the service in late 2014. 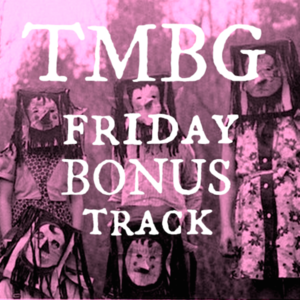 The album Flood Live In Australia was made available as the bonus material for February 27, 2015.

Regarding the large number of songs written for the project, Linnell stated:[2]

We didn't necessarily want to put out everything we recorded, because we had a feeling it would be a good idea not to let the quality lapse just because we were putting out so much music. I think it would send a bad message if we were amazingly prolific and letting the quality go completely to hell. I think we found a balance.

The band indicated that the following tracks have been composed and tracked. They were potential candidates for release through Dial-A-Song; however, John Flansburgh said that not all of the tracks that have been recorded will be released.[3]

Some lyrical content of "Completelier Blues" was eventually reused for the song "All Time What", released three years later on I Like Fun.[7]

Flansburgh has said that this iteration of Dial-A-Song was a resounding success. Though he felt like the band was "shot out of a cannon"[8], ultimately, "it's been great"[9]. In a 2016 interview, he stated:

The nicest thing about it was that all these people in our audience had gotten to experience what we were doing in such an ongoing way. When you've been in a band for a lot of years, a lot of times all you hear is stuff that happened in the past, all the formative stuff. And doing a project like Dial-A-Song this last year in 2015, it gave everybody in our audience a chance to participate in this big project and it was exciting for us to see our audience kind of animated by that effort.[10]

In 2017, in response to an inquiry on Tumblr, Flansburgh noted that it was good for the band to occasionally break the cycle of "new album release, tour, write and record the next album" like they did with Dial-A-Song in 2015.[11] The band went on to repeat the project in 2018.