Superfueled Freaksickle was a tentative title for a canceled They Might Be Giants B-sides and rarities compilation that would have been released around 1995-96. It was intended to be the follow-up to the 1991 compilation Miscellaneous T, reflecting songs released alongside Elektra albums from 1990 to 1996: Flood, Apollo 18, John Henry and Factory Showroom.

The first known mention of Superfueled Freaksickle as a They Might Be Giants title came in the spring 1994 TMBG Info Bulletin newsletter, where it was mentioned as the working title of an upcoming TMBG music video compilation. Speculation continued into 1996 as fans began discussing the title as a rarities compilation that would follow up Miscellaneous T.[1] On April 1, 1996, one such fan posted as an April Fools' Day joke that he had found a promotional copy of the compilation at his local record store.[2]

On July 12, 1996, John Flansburgh participated in an IRC chat on Sonicnet.com, primarily to talk with fans about his Mono Puff side project. A full transcript of the chat is available here. In addition to clarifying the title of the then-upcoming Factory Showroom album, Flansburgh ("MONOflans") also answered a question about Superfueled Freaksickle:

The next official mention of the compilation came on October 22, 1996, when Flansburgh was interviewed by fans via a chat hosted by SPIN. A full transcript is available here. Flansburgh:

Superfueled Freaksicle was slated to come out last spring but Elektra felt the timing was wrong. It's a pretty interesting record but a little less consistent than Misc. T which some people think is a pretty bumpy ride already.

Though never officially canceled, fans began losing hope by mid-1997 when the compilation hadn't been mentioned by the band in over half a year, and releases such as Then: The Earlier Years and Severe Tire Damage began taking priority. By 1999, fans had taken to creating and sharing their own versions of the would-be compilation, some of which are listed below.

One thing we've been talking about doing is putting out a b-side and remix compilation on vinyl from the Elektra years. That never really existed. It would be all the EPs we put out. [...] We'd probably be able to put out all the EPs, except for the remixes, on one disc. And then put all the remixes on some double album [second disc]. 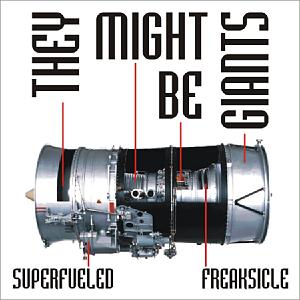 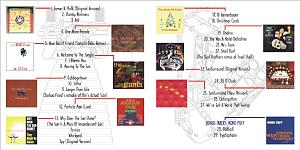 This version was posted to alt.music.tmbg on October 18, 1999, and sold as a physical two-disc set, including booklets depicting the source of each track. All copies of the original run were burned to TDK "CD Twin" 80-minute CD-R discs with a white disc face, and had CD cases with white trays. It was made available via alt.music.tmbg for a short time in October 1999 at a price of $20, which was roughly equal to production cost; 80-minute CD-R discs and double-sided color printing were still very costly at the time. About a dozen copies of the set were sent out to those interested. Operator Dot privately requested that distribution cease; TMBG could not officially condone such a project as it was a re-distribution of commercial tracks without record company permission. They appreciated the effort, however, and requested a copy for their own use. Two full copies were sent to TMBG, along with the remaining uncut sheets of color artwork.

Nearly all of the 29 tracks from Disc One later appeared on TMBG Clock Radio with title numbering of "x of 29" in the same order as the CD, strongly indicating that those Clock Radio files were ripped from one of TMBG's copies of this set.

Three tracks by Mono Puff from The Devil Went Down To Newport (EP) were also included, placed at the end of each disc, as there was enough room on the discs, and they are from the same time period as the other tracks. The rest of the tracks on each disc are in chronological order of release, with one major exception: The Guitar B-sides precede those of I Palindrome I. Due to unsure release date information, these appear in order of their Elektra product numbers.

Disc One: B-sides and alternate versions 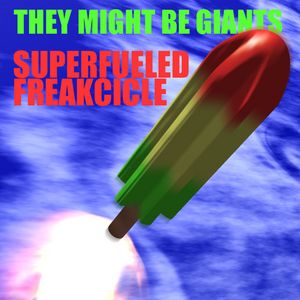 This was the rumored title of a rumored album that never saw the light of day. Had it existed, this album would feature the b-sides from TMBG's years on the Elektra label. Fortunately, Elektra's failure to recognize the market for such a compilation doesn't prevent you from collecting the songs and burning your own. :) I've added a few more (non-Elektra) songs just because they fit: stray songs from "various artists" albums and the studio recordings from Severe Tire Damage. There's at least one other fan-created incarnation of this compilation out there, with a chronological tracklist. For mine, I decided to exclude all the remixes to make more room for unique titles, and to arrange the songs for a more interesting flow. Preference is given to alternating Johns, and to breaking chronology as much as possible.

Bryce adds: "In the spirit of the phrase, it should really be spelled 'Freakcicle' (much like 'icicle' or 'popcicle'), and not the widely-known corruption 'Freaksickle' (which connotes a farm implement). That's why I've spelled it that way on the cover shown above."