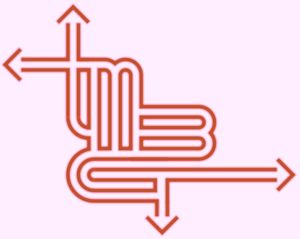 This is a free podcast directly from They Might Be Giants. Join TMBGs mp3 club at www.theymightbegiants.com. Support the band and get the four advance tracks from Join Us on iTunes or at their site--it will really help!

All rise! It's time for me, Cecil Portesque. I'm back, everybody. It's They Might Be Giants Podcast.

All rise! All rise! It's Cecil Portesque, your host of They Might Be Giants Podcast. Feeling energized and happy to be back, ladies and gentlemen. Givin' a special rundown of all the towns They Might Be Giants are performing in. They're doing a free show in Toronto, a show for dough in London, and then the Latitude Festival over there in the UK. Free show in Brooklyn, New York. Then a Asbury Park show, uh, album release. Then this September, they're doing a ton of cities, so come on out and see 'em live. A national tour goin' on through December. These are the upcoming dates that have already been announced: New Haven, Great Barrington, Concord, Norwich, Ithaca, Pittsburgh, Rochester, Cleveland, Detroit, Cincinnati, Louisville (Harbor Lawn, Waterfront Park, somethin' or other), Indianapolis, Chicago, St. Louis, Kansas City, Nashville, Asheville, Richmond, Philadelphia, Boston, and then another show in Boston. Watch this space for more announcements, ladies and gentlemen, 'cause They Might Be Giants are gonna be on the road for a long, long time. New album coming out called Join Us, get the pre-release at the TMBG.com, and, uh, you get four advanced tracks with that pre-release purchase, all that money goes directly to They Might Be Giants' integrity defense fund. Thank you for listening, thanks for podcasting in. I'm your host, Cecil, let's get back to the music now.

Alright, it's time, it's time to roll up this podcast and move on down the road, people. I'm your host, Cecil Portesque. Just to back announce this thing you heard: a demo for the Drinky Crow Show, didn't make their cut; then you heard a radio performance of the song, uh, you heard a demo for the song "Mammal"; and then, uh, "Burning Coffee", a track called "Burning Coffee"; "Ondine", a b–side from the '90s or sometime for They Might Be Giants; "Stalk of Wheat" with the, uh, They Might Be Giants Other Thing, a horn arrangement of that one; then, uh, "You Are Old, Father William" from the Alice soundtrack, number one in the country last year, for that song; then you heard a radio performance on WFMU of "It's Not My Birthday" on the Nick Hill show; and then, uh, "Penguine", a Dial-A-Song performance; and this of course is "Ram On" by Paul McCartney, performed by They Might Be Giants for a benefit record they did a few years back. I'm your host, Cecil Portesque, I wanna thank you all for podcasting in. And remember: Love is real.