Cecil Portesque (AKA "The Duke of Dead Air") is the fictional host of the They Might Be Giants Podcast.

The fictional Cecil's real-life namesake was Sullivan County artist, musician and radio host Cecily Fortescue, who passed away in 2012 at age 82. Beginning in 1995, Cecily hosted a radio show called Afternoon Classics on New York radio station WJFF, where she was known as "The Queen of Dead Air". In 2020, John Flansburgh also became a WJFF DJ, hosting his weekly show Low Stakes.

Cecil Portesque hosted most episodes of the They Might Be Giants Podcast between 2005 and 2012. Fans have generally agreed that behind the pitch-shifted audio, John Linnell provided the voice for Cecil in Podcast 1A and John Flansburgh took up the role for the rest of the podcast, though the band has never acknowledged this (or referred to Cecil as a fictional character).

In 2021, after a long absence, Cecil appeared in a few They Might Be Giants emails to promote the band's new music and Mailchimp.

Born in Raleigh, NC, and raised in Columbia County, NY, Cecil Portesque has They Might Be Giants in his blood...even though he admits he loves Weezer too. Like his arch-nemesis Bill O'Reilly, Cecil attended college but never matriculated. Even 'hippie' college Bard was too many rules for his free spirit to bear. Cecil ALWAYS listened to late night radio-starting with WABC's 'Good Guys' late at night-but the idea of being on the radio didn't cross his mind until he worked as an intern at a public radio station in the mid-80s during a fund drive. As his political awareness rose and his respect for the politically correct broadcasters fell, he figured he could do it, too! When someone at WBAI, New York, couldn't make the overnight slot, Cecil was ready to fill in. And so the career of the 'Duke of Dead Air' began!

Cecil spent most of the '80s and '90s lost in what he describes as the 'Bermuda triangle' of New York public radio. Stints behind the microphone at WBAI, WFMU and WFUV finally led to paying work as a consultant for Sirius, where he programs a variety of the alternative-music channels. Encouraged by longtime engineer and TMBG archivist Julian Dufy to return to the other side of the glass, Cecil brings back some of his late-night magic to They Might Be Giants podcast. Cecil says of his new gig: "TMBG's music is original and I love their energy. Working on these podcasts is a dream for me." 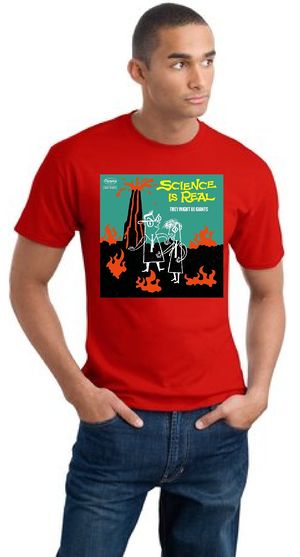 Cecil seems to sometimes have a speech impediment when it comes to saying They Might Be Giants song titles and a few other random things. Other times he can't keep his facts straight, though it is unknown whether these instances are intentional or not.