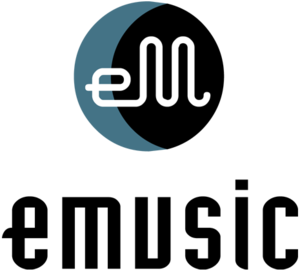 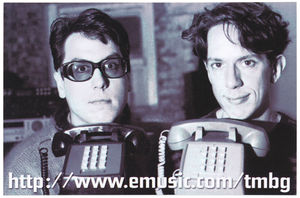 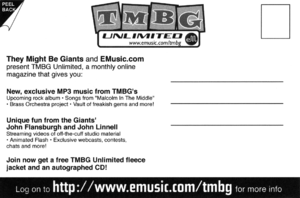 eMusic is an online music download service, similar to iTunes, which it predates. eMusic, formerly known as GoodNoise Corporation, offers over one million legal MP3s available for download through their website, but unlike iTunes it uses a subscription model. In 2000, eMusic released a press release stating that They Might Be Giants was the most downloaded band through eMusic in 1999.[1]

Both Lincoln and No! are designated as "eMusic Picks".

TMBG songs featured on the album are in parentheses.