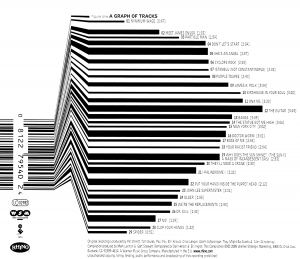 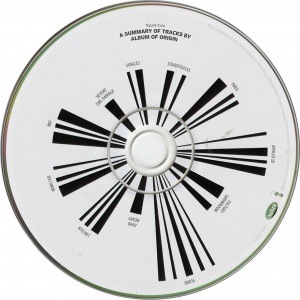 As illustrated on the back cover, the song sequence is determined by runtime, explaining the unorthodox tracklist. It starts with Minimum Wage (0:46), and each song is progressively longer until The Guitar (3:49) before working back down to Spider (0:51).