Welcome to the Jimmy Zenshins 311 page[edit]

HELP! THIS MIGHT BE THE ONLY TIME I CAN SAY THIS, but check out the museum of idiots (ask forklord)

I used InferKit to extend out Lyrics:Brontosaurus

How much have you changed

I'd give anything to see you when you were

Less of a brontosaurus

Taller bones to the window

And a hair longer

But you're a dinosaur

Of a year ago

They still celebrate your birthday

But on that day you won't be around

You're more fragile than I was led to believe

So let's wrap it up

It's been a hell of a ride

And though I've left you

Life is even more brutal than it was

Until one day when the pain is gone

And the burden lifts

So why haven't you simply walked away?

Why do you keep trying?

Why do you believe in yourself?

It is the greatest mystery of all

In the middle of the night

Expecting someone to appear with a bottle of warm milk

Something warm and cozy

Instead of some ulterior motive

I broke my own rule review[edit]

Book Reviews part 3: I broke my own rule (this one seems to be popular)

Zeroth Impressions (not included for some singles)

1. Synopsis for Latecomers- 10/10 Sarcastic recap of the last few years, Quarantine and such, a la Purple Toupee Sung by Linnell (even better than that, man)

2. If Day For Winnipeg- 10/10 Linnell Song about If Day, lots of wordplay, like pencil rain

3. Less than One- 10/10 Linnell song about chances of something or something

5. Part of You wants to believe me -9/10 Linnell song about a jerky boyfriend again (i was right, sort of)

6. I Can't Remember the Dream-9/10 (Zeroth Impression not Available)

7. I Broke My Own Rule-9/10 (Zeroth Impression not Available)

8. Quit the Circus-8/10 Sequel to Drown the Clown, possibly a rock rebel song by Flans

9. Drown The Clown-8/10 Sung by Linnell, about Drowning a Clown

10. Brontosaurus -8/10 A song about a dinosaur, maybe Linnell? Bones and xylophone stuff?

11. Moonbeam Rays- 8/10 A poignant song about the moon, maybe a bit paranoid, sung by Flansburgh in a soft voice

13. Lord Snowdon- 8/10 Might be a Flansburgh, all about Edward Snowden, maybe? Russian sounding? (wrong snowdon, not even snowdon, that was snowden who I thought this song was about)

14. Darling the Dose- 7/10 Lie Still Little Bottle/Hope that I get old before I die sequel sung by Flans (man I wish)

15. Wait Actually Yeah No- 7/10 Flans or Linnell or Both, a lot of contradictory wordplay, "lilting horns" (this means I was wrong about Synopsis having lilting horns in my shorts review, I do not care though)

16. And the Trains Go Right By- 8/10 Like Almost The New England of Storytime with Big Bird, I found this one to be more imaginative and trippy than the typical Dr. Flans song

TMBG OBSCURITIES (for some people at least) Wow, it's crazy, I inspired a trend on this wiki of TMBG Obscurities!! Thanks, this awesome fellow fan and some other cool fan for sharing your favorite obscure TMBG Songs as well, I would add I Haven't Been Right Yet but I forgot that song, so... I added it

File:Shrimpyandflans.jpg
I made this in my halloween parody of What If...? this year 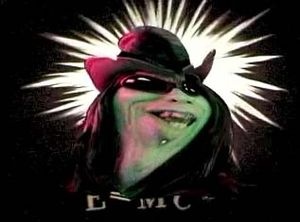 The best possible screenshot in existence

I preordered BOOK with the book

and I have been a fan since I was very young

A pretty funny little thing I made: Yo Lmao

That and the "MONSTERS OF MUD" made in the "digital trash compactor" in Monsters Of Mud sound so satisfying as well?

battle of the bands

File:World+tour+2040.png
Man, I really wish this was available in a men's size

The truth is, I don't really have They got lost, my mom just made a mixtape of songs from this album and Long Tall Weekend

This is the tracklist, the CD is called

Favorite Spooky songs from each Album[edit]

File:Booktheory2.png
the lyric fragment might be the book cover

got this idea from User:Theforklord, with an added bonus, Which Song is the Best SPOOKY one? the one that is in SCAREOVISION..... BOO!(K) will be replaced on NOVEMBER 12th.

they put the wrong picture for

they meant to put it for

P.S., this is what the sandbox is for, right?

good, there we GO

Keep in mind, the ones on the bottom are the ones I listen to the least, not dislike the most. This is more based on preference for the top 11 and then the others are in order of how much I like what I've heard

HAVEN'T LISTENED TO A LOT

I don't really want to rank the kid's albums and Phone Power, since I don't count those as major studio releases, also, it would take more time

Using up another couple thousand characters for my free trial, I managed to generate another extension. Each (ahh) Time (ahh) I (ahh) Sleep (ahh) I'm (ahh) Sad (ahh) I (ahh) Will be replaced by somebody else

In the morning Exactly like me Going around, drinking all my drinks Kissing my wife Thinking what I think Making me resentful but

Each time I see

Who I am I would love to be somebody else

Each time I see you you're having an affair

Who I am I would love to be somebody else

If I could only learn to take your place

I'd rather be someone else

Each time I see you you're having an affair

The Albums of the future (prophesied by AI)[edit]

ok, this one is hilarious, I guess they get starved for ideas and rename BOOK in the next year (yes, I know I shouldn't have had the selection on the end of book, but it fits) [Starting on the changed things] 2021 BOOK OF THE DEAD

I accidentally pressed enter and modified less than one, now it's somehow shorter

It is a bonus nugget 15 Less Than One Imaginary Thing 2:31

so many part 1s, i bet the next album would be all the part 2s

I went to the Yellow Pages

Stretched out my little finger

From the sound of it

It's already been made clear

I think we ought to call him Abe Lincoln

And since we're going to let him

The job of president

And then let him make a good fist

Sure, as you said, he's as dumb as dirt

But who wants to be president of the dumbest country in the world?

It's already been made clear

And if you call the NSA at White House Headquarters

If you've got a kid who's a little high strung

So now you know my name

But it's still a secret

I hope this song is giving you a good idea of the kind of song I'm going to do, because I don't want you to be confused. It's a song about the canary. This song is about a song. It's about a song called Blue Canary. I said it before, but it's true, it's hard to say what my next album's going to sound like. I just feel like, at this point, I've got about three more to go. It could be like writing poetry, you know, really disciplined and trying to figure out what's best to do next. It's like, you go, "Well, this is a good one. I'll do this one instead," but then you keep being a little embarrassed that you haven't done this one yet. There are some that I wish I had done, but there are some that I don't. It's like going to the gym, like exercising, where you keep thinking about the exercise you wish you had done more of. It's that kind of thing.

So what I think, in order for this next album to be the best possible version of it, and the best possible, if I had to describe it that way, is this: I want to have songs that are as musical as possible. I want the most musical stuff in there, or the closest thing to it, that I can get, and I want to have songs that are as technical as possible, technically, because I think that there's an even greater depth of expression that you can express with a technical skill, rather than with a musical skill. I think there's more that can be done with the type of song you could do with a live band, as opposed to what could be done by a drum machine. I want a kind of technical song that I think could make you cry, but, man, it's a hard kind of song to do. I think there's so much more to it. I think this might be a really good example of what I'm talking about, and I also feel that this is a song that you can't even use the word "technical" to describe it, because the musicians that you could play that song with and they couldn't be more technically unqualified, it would be impossible.