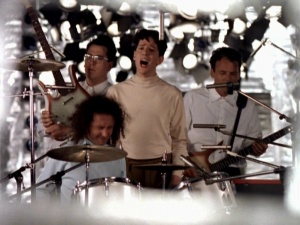 From the "Snail Shell" video.

We did record the song at the audio commentary session to spice things up. It was a very old song from our original repertoire, customized for its unusual placement.