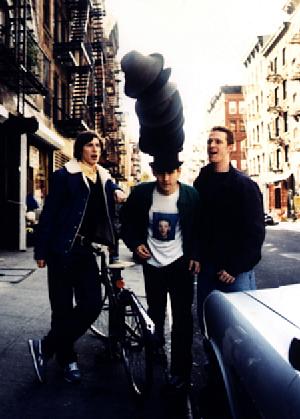 Muckafurgason was a band consisting of Chris Anderson, John Lee, and Andrew Ure. They toured with They Might Be Giants in 2001 to promote their independent, self-titled album, which was produced entirely by John Flansburgh. Songs of theirs have been included on Podcast 24A and Podcast 53.

"John Lee Supertaster" was written about Muckafurgason's John Lee, who actually is a supertaster. Chris Anderson now belongs to The Last Car, which also includes Robin Goldwasser. He has individually collaborated with TMBG on a number of occasions.

Andrew Ure and Chris Anderson formed an indie kid's band called The Quiet Ones. To avoid a naming conflict with another band, they changed their name to The Quiet Two.[1] In 2005, they released their debut album, Make Some Noise, on their own label, Not Big Records.[2]