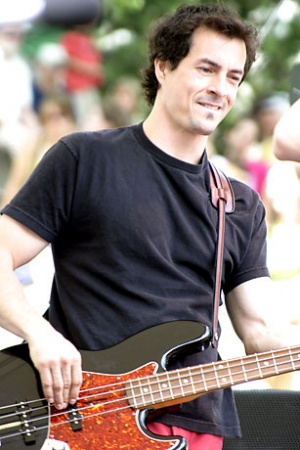 Danny Weinkauf (born December 4, 1963) has been They Might Be Giants's bassist since the late 90s, and previously performed in a band called Lincoln along with Dan Miller. Weinkauf has written and sung one song for four of TMBG's five children's albums: No!'s "Where Do They Make Balloons?" on which he also plays acoustic guitar, "Number Two" from Here Come The 123s, which features him on piano, "I Am A Paleontologist" off Here Comes Science, and most recently, "Elephants" from Why?. He has also played bass alongside John Flansburgh for Mono Puff in the late 90s.

Apart from his work with TMBG, Weinkauf played bass on Fountains of Wayne's 1996 debut album. He has also played on albums by David Mead, Stephen Fretwell, Candy Butchers, The Davenports and other musical acts. He and Brian Speiser produced Common Rotation's 2003 album The Big Fear and can be spotted in two videos of studio footage on their website. He produced the album The Way We Found It for artist "Syd". He has also written and produced music for television and movies.

Weinkauf is known for his pants, which tend to scatter visible light mostly within the range of 630–740 nanometers. He has been recorded wearing these trousers since he purchased a pair at Philadelphia's "Dr. Denim" across the street from The TLA prior to a show there in late 1998.

Flans has mentioned while introducing the band during concerts that "ladies, he's taken". Indeed, Weinkauf is married and has two children, who both provide vocals on "I Am A Paleontologist". Weinkauf states that the song was inspired by his son Kai's love of dinosaurs. In addition to his musical pursuits, Danny is licensed and has worked as a pediatric physical therapist.

Danny publishes his commercial music compositions through Red Pants Music, a company which he founded. He launched redpantsmusic.com in 2011 to showcase his portfolio. For the RPM project, he works with musicians Scott Totten and Jeremy Salesi. Their clients include various national brands and television programs.

Weinkauf released a solo album for children, No School Today, on April 29, 2014. A crowd-funded project, fans were invited to contribute via Kickstarter. On April 1, 2016 a single that Weinkauf produced and plays all the instruments on called "Astronauts Love" was released with kindie rocker Jumpin' Jamie. Weinkauf has released three further albums: Red Pants Band (2016), Totally Osome (2017), Inside I Shine (2018), and Dinosaurs and Metaphors (2020). They were all crowd-funded, and have all been warmly received. 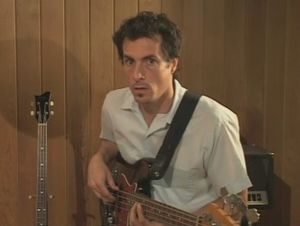 Danny in the "D Is For Drums" video