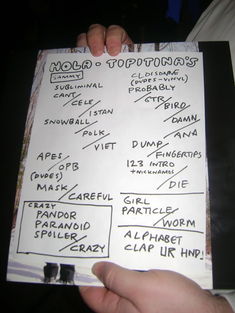 Yes, this was the first TMBG concert I've attended. Yes, I had a great time. Now onto the important things:

A few other funny moments: