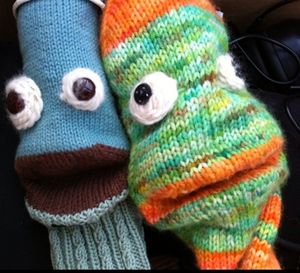 Despite this claim, likely due to their continued popularity, they made their studio debut in Podcast 50 with "Goatee" and followed that with "He's Loco" in August 2012. The Avatars also played a role in the 2012 They Might Be Giants Instant Fan Club subscription, with four exclusive Avatars video podcasts available to members. Their eponymous debut EP was released in 2013. Also in 2013, TMBG released a strange pre-animated video referring to the Avatars.