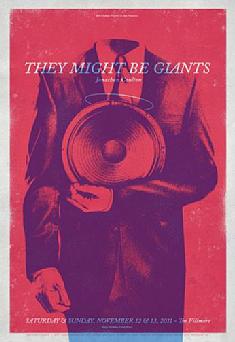 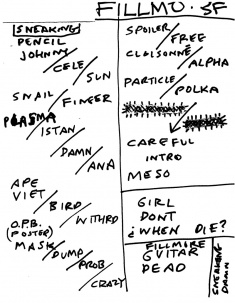 They Might Be Giants
— with Jonathan Coulton opening —
The Fillmore in San Francisco, CA
November 12, 2011 at 9:00 PM

As usual, the band did an awesome show at the Fillmore. "How Can I Sing Like a Girl?" was performed just by the Johns, which was pretty neat. John Linnell did some great dancing during "Marty Beller Mask." What else is there to say?

DominEl said it well, it was an awesome show with a lot of energy. Jonathan Coulton's opening was great too, how many in an SF Bay audience are likely to be "code monkeys"? Here are a few pictures taken at the show, linked from my Google+ account:
SF Fillmore 2011-11-12 TMBG show photos
A photo from Jonathan Coulton's set