From This Might Be A Wiki
< Shows
7 wikians attended: Deysian I am a Sax Player Malsbury Sensurround29 Skullivan TDK TomInBoston 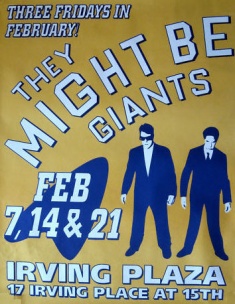 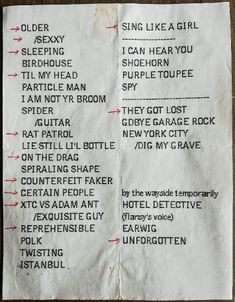 According to a 1997 MTV.com article, this concert (part of a 3-show Irving Plaza stand) was named the "Valentine's Day New Song Massacre".

On the setlist, most of the songs from the set are in different positions with red arrows pointing towards them, this might've meant that the songs would be swapped around during the show. For the second encore, there's a song called "Goodbye Garage Rock", which was not performed at the show. Also included in the setlist were a list of three songs that were listed as "by the wayside temporarily", all of the songs included in the list were not performed at the show. The songs listed were: