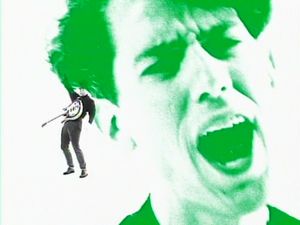 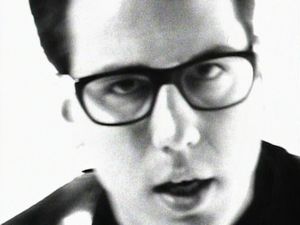 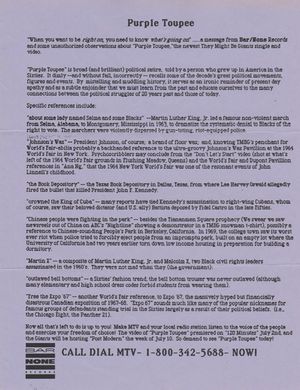 ['Purple Toupee' uses] a couple of Prince songs as a springboard, 'Purple Rain' and 'Raspberry Beret'. I guess part of the idea was that, at the time, it seemed like there was this '60s revival in the works. It reminded me of all the other revivals that had taken place that were reviving times that I wasn't around for. They must have been complete shams based on what the '60s revival was. It seemed like it was based on this utterly one-dimensional caricature of the time that it was supposed to [be] representing or reviving. That still goes on now. That's sort of what 'Purple Toupee' is about.