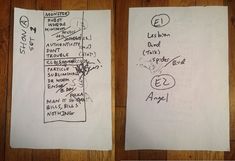 Great show. As I put in the setlist, I realized how close this was to past shows. It's always nice seeing them when they have a night off before. More energy and you're likely to get an extra song or two. The show started with Robot Parade, which I didn't think was a good opener. Wish they would have started with Subliminal instead. They had a great mix of new and old, however the crowd around me was mostly old school fans. Lots of cheering and singing along for everything pre Mink Car and not a lot for songs after that album. I was surprised they didn't play Istanbul, it may be the only show I've been to that it hasn't been played.

During the start of Johnny, Linnell's mic came undone. They stopped the song and Jon Carter came out to replace the clip. Later on as Dan Miller was setting up for Dr. Worm, it broke again. Jon came back out and replaced whole mic stand, which prompted Flans to quip "Never send a mic clip to do a mic stand's work". Flans also went on a rant about people who use the phrase False Flag, and how that is an indicator that they are crazy. He didn't specify how or why he knew this information, which leads me to believe he may be crazy. Or maybe it's all one big False Flag. For some reason during Operation, we didn't get any Tres Bons until the very end. Flans stumbled on the words to another song also, but I don't recall which one.

The preshow entertainment was Kristin and Amanda playing the accordion and bagpipes while we waited in line and playing with their John puppets inside. It was fun listening to them attempt Spoiler Alert. Great to meet them and Daveigh as well. Wish I could have hung out more after the show!