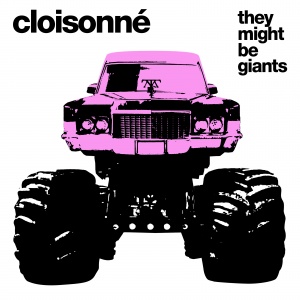 The story behind the song Cloisonné is pretty discombobulated. In an experimental period of putting Join Us together we created a series of electronic beats entirely without song ideas behind them. The idea was to make the tiniest drum machine-based beats that were still exciting. I probably spent twelve hours just editing and tweaking these sounds with no particular song in mind. The lyric is kind of from a Rat Pack point of view—like the guy singing is really into his own swagger, but he's also kind of out of date and out of it. The idea of not knowing what a sleestak is does come from my real life—I am actually exactly a year too old to have watched that show. Having to have Land of the Lost explained to you is slightly undignified, but thus is the fate of those who get old.