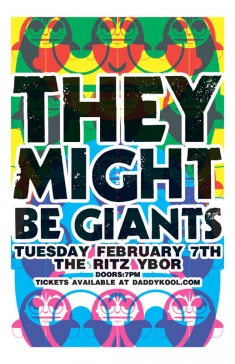 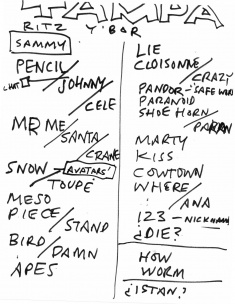 Jonathan Coulton opened the show.
A Lincoln show!
Someone brought a poster featuring a portrait of Abraham Lincoln.
Coulton: Personally, I'm more of a Buchanan man.
In the Battle for the Planet of the Apes, the Apes won.
Linnell: Our next show is in Orlando, which is next to the creepiest place on earth - Gainesville.
After the final encore, the band returned to the stage and handed out free Join Us window decals to the audience.
Awesome-Looking Audience Members: