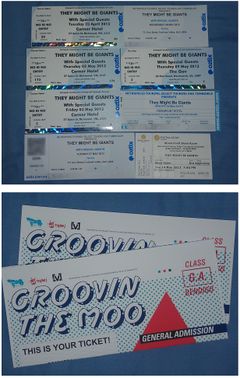 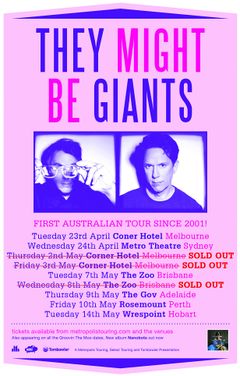 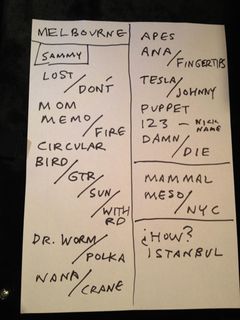 this was my first show, and it was very good. Flans noted how he missed the 'Female' toilet sign at first, and only saw 'MALE' and 'CLOAK ROOM', and also thought it was great that there were toilets, in case anyone needed to use them. the people won the battle of the planet of the apes. some guy with a bunch of ukuleles on his shirt got nicknamed Blacula. oh also, there were no lights on marty at all for the first few songs, playing back there in total darkness, until flans insisted he be lit up for the rest of the show.