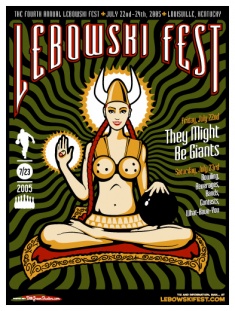 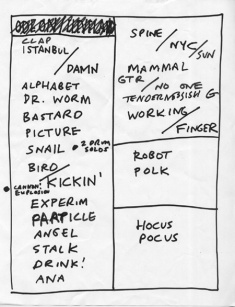 This is a review of the downloadable audio offered on the site. When I am considering shows to download, I consider three things: Venue/show's personal relationship (I went to the show, I live near the venue, it's my favorite venue etc.), set list (good songs, rare occurances etc.), and recording quality. Dan Miller, in his recap, usually mentions the quality of the recording briefly. Those are what this review focuses on.

The audio quality of this show is great. It really feels like a show, and it also really feels like you are standing in the audience. There is some chit-chat issues, but it could be worse. There seems to be some mixing problems near the beginning of the show. The vocals seem a bit quiet, and at one point during "Birdhouse", the keyboard becomes so loud that it becomes near impossible to hear anything else. That gets corrected, and it's basically smooth flying from there. There is no clipping or cutting out (a problem apparant in many of the early show downloads). Aside a few small issues, the audio quality is excellent.

The energy of this show is stupendous. The John's are in good form and Dan Miller shreds on guitar on more than one occasion. There is some wickidly funny banter, including a long recurring rap about a baby being born on the hill. The set list is great, with the usual suspects co-mingling with some nice surprises. Hocus Pocus will rock your face off, and this version of Snail Shell is probably the best I have ever heard. The new version of Particle Man is great. The crowd claps to the backbeat and the ridiculously long and tedious accordion jam has been replaced with a short interlude.

In short, this is one of my favorites. I fully recommend it.

Again, the summer of heat continues. The best image of this show was right as they opened the gates. A few dozen people wandered in and sought the shade that the stage provided from the blinding sun. As the sun moved, so did the shadow, so did the people. An hour into this they were all the way on the left huddled into the tiny sliver of relief that the stage gave them. Eventually the sun set, the temperature dropped and it was at least bearable that is - UNTIL TMBG HIT THE STAGE.

So this year will have four Lebowskifests. If this continues Lebowskifest will become the new Clear Channel. Every entertainment event in America will be under the umbrella of Lebowski. Want to have a concert? Has to relate to Lebowski. Making a movie? Better be about Lebowski. The Pledge of Allegiance will be replaced by quoting some stanzas about bowling from the movie.

Super nice people and a really fun show. The Dude came down for a bit of a hang and was rewarded by introducing the band and receiving the key to Louisville from the Mayor himself.

A pretty standard set with a damn fine solo by myself on Damn Good Times (False modesty aside). Corn mo really kicked some Kentucky ass during his set and came out for another rousing rendition of Hocus Pocus. We screwed up a few parts of that but it still sounds pretty good. The outdoor venue is always the perfect place for a Conga line and this venue did not disappoint. Snaking its way from the stage to the back it look mighty fine from where we stood.

Tape came out pretty well, I think in the future we'll go back to putting the mics by the FOH stand. The chitchat drives me nuts but I can't get rid of it because I like the way those mics warm up the recording. Otherwise it would just be a board tape and how much fun is that?

Back on the bus for a cozy 13 hour ride to Philly. Thank god for the new iTunes podcasting, which we're all very much into. It makes the journey more bearable knowing that I can listen to some kid from Michigan talking about the Big Lebowski in my bunk.