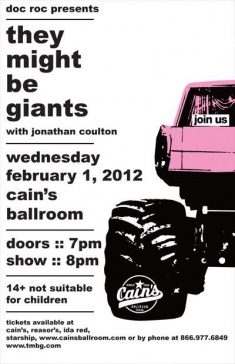 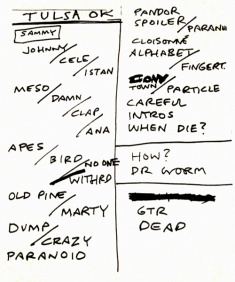 I drove seven hours to get to this concert after finding out both Texas shows were sold out, and it was completely worth it! The audience was mostly drunk, sort of lifeless and nasty as hell, but the band still managed to get a decent sized conga line out of them and killed every song they played. Best concert I've been to yet, hands down. I'll still be getting my tickets a lot sooner next time.

"I think there was something wrong with her mouth."

"Jesus Christ. I think the Pandor's worn off."