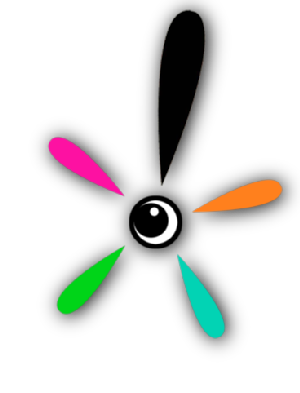 Asterisk was a design and animation studio founded in 2004 by Richard O'Connor and Brian O'Connell. The company specialized in commercial work with clients including Paramount Pictures' Stepford Wives and Mercedes Benz.

The studio was responsible for creating videos for "D & W," "Can You Find It?," and "Flying V" for Here Come The ABCs, in addition to the non-album "T-Shirt" video, and "Dallas" and "Brooklyn" for the Venue Songs DVD. They also animated "One Two Three Four" and "Ooh La! Ooh La!" for Here Come The 123s.

Prior to launching their own production company, O'Connor and O'Connell produced and directed the "Coffee" animation featuring Tony Millionaire's Drinky Crow and the "Gloria" animation for Gigantic (A Tale of Two Johns). They had also produced two mixed media films for Nickelodeon's Ka-Blam!, "Why Does The Sun Shine?" and "Dr. Worm". The live action segments for those pieces were directed by Jesse Gordon.