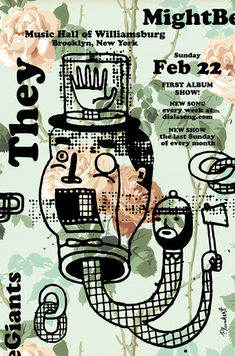 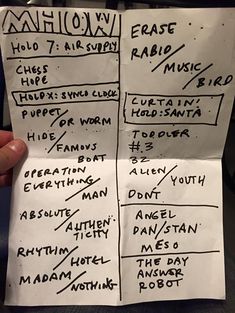 They Might Be Giants
— with Jonathan Coulton opening —
Music Hall of Williamsburg in Brooklyn, NY
February 22, 2015 at 8:00 PM

Anyone have the link to that PunchEnder? But seriously... how are they still so good? Such great energy last night, and I like that there's been some band/crowd banter, moreso at these past two shows than I've seen before. I'd also like to voice my opinion that MHOW is a great venue. And Jonathan Coultan was great. Oh, and two for two this year getting setlists :-)

It was so good to see Linnell back in top form. This was one of the best renditions of "She's an Angel" I've ever heard them play--a brilliant encore. I wish the sound board operator were better, though; I feel like it took all of the January show and half the February show for them to figure out how to balance the vocals and the instruments. By the end of the show the sound was really solid, so I hope they write those settings down and save them for the rest of the spring shows!