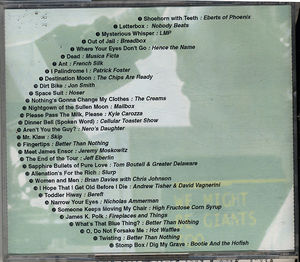 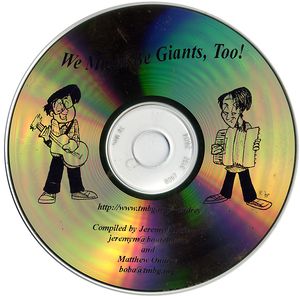 We Might Be Giants, Too! is a They Might Be Giants tribute album. It was the brain child of various members of the USENET newsgroup alt.music.tmbg. The album was spearheaded, championed and compiled by Jeremy Moskowitz; CD packaging, design and and layout were done by Mike Lebovitz, and illustrations were done by Kyle Carrozza. Distribution was headed up by Matt Ondrey. A bunch of the bands/musicians were part of the now-defunct independent Superpickle Music Arts label. The compilation's name comes from the song "I Might Be Giant, Too", which was left as a message on Dial-A-Song in the late 1980s.