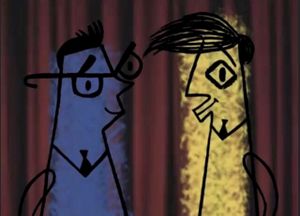 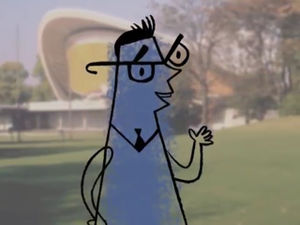 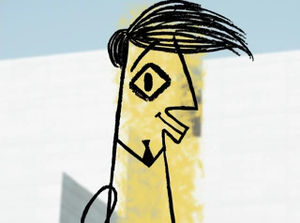 The Scientist Johns, cartoon versions of John Flansburgh and John Linnell, were used to host the DVD for Here Comes Science and Podcast 39. They are animated by David Cowles and Liesje Kraal. They first appeared hosting Podcast 39, an episode of the They Might Be Giants Podcast promoting Here Comes Science.

Upon being asked about the switch from the Puppet Johns to the Scientist Johns on Tumblr, Flansburgh stated:

It was for different age groups—the ABCs stuff was for young kids where as the science project was more elementary school kids-so the function of the characters shifted to match that change.[1]

The Scientist Johns have appeared in the following videos:

They have appeared in the intros to the following videos: