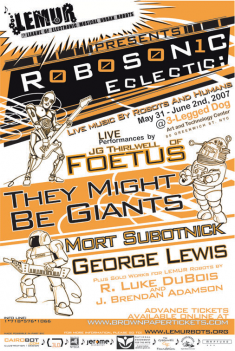 This performance was part of a series of short sets by noted artists with accompaniment from various robotic instrumentalists, which are part of LEMUR (League of Electronic Musical Urban Robots). The following musicians performed with the robots: