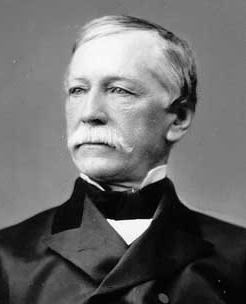 Linnell, on tour with his band and calling from a Marriott Hotel in Kansas City, cites his love for New York as a source of inspiration for the CD, having used an NYC encyclopedia to bone up on past mayors like Fernando Wood and John Purroy Mitchel. "I found out Wood was a real monster," he laughs.

As the American secession crisis of 1860 moved slowly towards the specter of civil war, many Northerners declared their support for peace, no matter the cost. In January of 1861, New York's spectacularly charismatic and thoroughly corrupt Mayor Fernando Wood declared that the secession of the South was "a fixed fact" and urged the City Council to declare the secession of Tri-Insula- an independent nation comprising Manhattan, Long Island, and Staten Island. Wood's Democratic machine was desperate to maintain revenues (and kickbacks, if one is uncharitable) which depended on Southern cotton. While public opinion swung sharply against Wood's scheme after Fort Sumter, parts of New York's populace remained less than enthusiastic about the war- a state confirmed most tragically in 1863's Draft Riots.