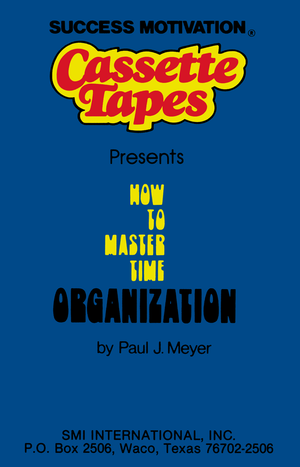 "It's a how-to-organize-yourself, self-help cassette, and it's pretty odd. That whole thing is part of a 'How to Get Your Shit Together' skit. It's a really silly tape. It really has no useful tips as to how to be more organized. [...] We probably [needed] to get permission [for sampling it], but we didn't. We've been very bad about getting permission on sampled things. I hope we don't get sued."

It's a dub off of something I gave Flansburgh for his birthday in 1985. I bought it at a bookstore in my hometown in New Jersey, and it's from a tape from some kind of series on how to manage your time effectively. I saw it on a rack with a bunch of tapes on how to make the most money in your life, how to relax.. It was just a bunch of 'how-to' cassette tapes. I was just flipping through them, and Flansburgh's birthday was coming up; I came across 'How To Manage Your Time Effectively', and I thought, 'Flansburgh will find a way to use this.' And so I gave it to him for his birthday. And we ended up putting it in 'Snowball'.