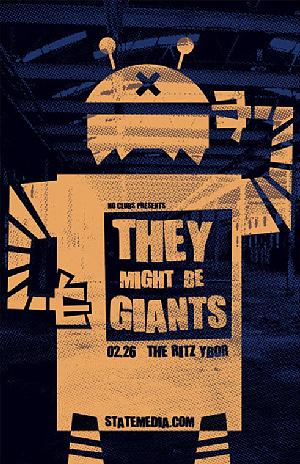 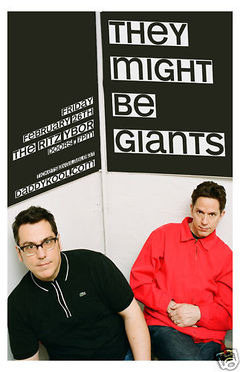 Setlist: (Way out of order.)

I'm afraid that I don't remember much more of the setlist than has already been posted here, although I do know that Clap Your Hands, Older, Ana Ng, Turn Around, S-E-X-X-Y, and Memo to Human Resources were played. I'm just not sure of the order. Anyway, this was my first "real" TMBG show (seeing as my parents can't agree whether or not I was at an earlier show in Nashville), and I loved it. This show featured an amazing trumpet player, who played on Dr. Worm and several other songs. The band took time to thank "Nobody" for opening for them, which I thought was a nice gesture. I absolutely loved the Avatars, who told the band that they were going to be paid in Unobtanium. After the band left the stage for the first time, a guy standing to the right of me started screaming something about a conga line. Sure enough, when they returned to the stage and began to play, a conga line was formed (I was the second person from the end, if you were there). The band acknowledged this with a "Spontaneous conga line! ...well, there's a first time for everything!" Overall, the show was amazing. I wish they would come to Florida more often.