I'm the creator of The Spine 2.0 fan bootleg. I recommend you give it a listen if you were less than thrilled with the official album.

I appeared in and co-directed fan videos for I Should Be Allowed To Think, O, Do Not Forsake Me and The End Of The Tour in Summer 1996, but apparently all known copies of these videos have been lost. In the very unlikely chance you have one of these, please come forward! 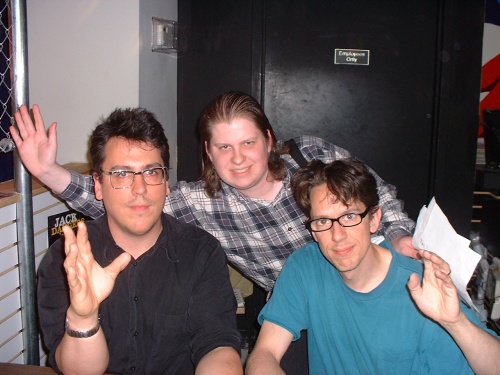 I listen to music other than TMBG too: