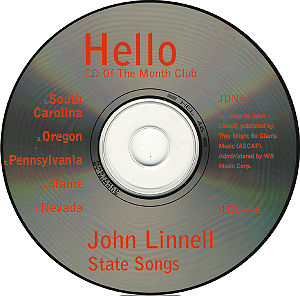 State Songs was the first solo release by John Linnell through the Hello CD Of The Month Club. It acted as a precursor to Linnell's full-length solo album, State Songs, released five years later.