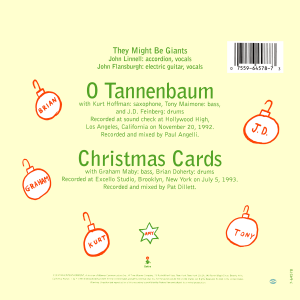 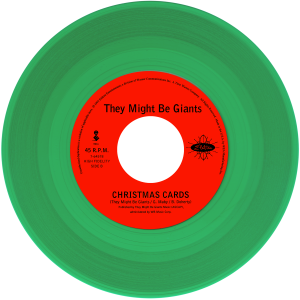 This single was a 7"-only release to celebrate Christmas 1993. In 2020, in response to a fan's question on why the band chose this format to release the song, John Flansburgh noted that "it seemed like a nice promotional piece" for a Christmas single.[1]

According to Jonathan Feinberg[2] and also from the back cover, the A-side was thrown together during a soundcheck for a show at Fairfax High School on November 20, 1992. (The back cover erroneously gives the venue as Hollywood High.) The atonal B-side "Christmas Cards" was recorded the next year in the dead of summer in Brooklyn. The cover art was illustrated by Amy Sillman.