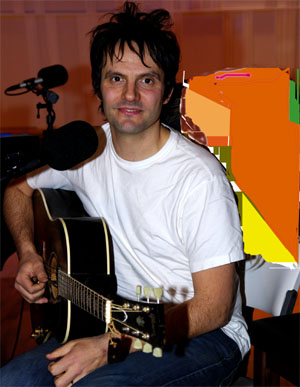 Mike Viola is the founder and frontman of The Candy Butchers (which featured TMBG horn veterans Jim O'Connor and Dan Levine on several albums, and later featured Danny Weinkauf) and was a sometimes-member of Mono Puff. Viola also appeared with They Might Be Giants on Viva Variety to play lead guitar on "Till My Head Falls Off",[1] and later on Late Night with Conan O'Brien to play lead guitar on "Boss Of Me"[2]. Both Viola and Candy Butchers have opened for TMBG.

Viola co-wrote and sang the title song to That Thing You Do! with Adam Schlesinger of Fountains of Wayne, which was nominated in the Academy Awards and Golden Globe Awards for "Best Original Song".