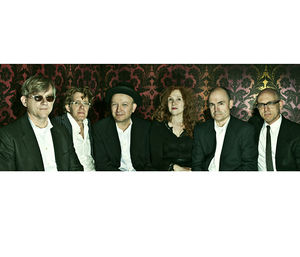 The band has been involved in various ways with They Might Be Giants. Al Houghton was once an engineer for TMBG. As part of The Statesmen, Mark Lerner has toured with John Linnell, and his band Flat Old World released an EP on John Flansburgh's Hello CD Of The Month Club. Linnell has also lent his accordion playing to Life In A Blender's song "Grand Union," from their Two Legs Bad album.