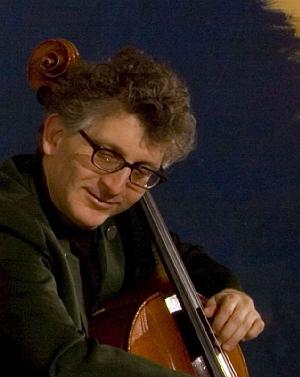 Garo Yellin was formerly a member of The Ordinaires. He also toured and recorded briefly with Pere Ubu, a band both Johns like, which at one point included longtime TMBG bassist Tony Maimone. Yellin also played on Shannon Worrell's album The Moviegoer.

As TMBG's cello go-to guy, Yellin made his first appearance on Lincoln when he and other members of The Ordinaires provided the backing music to "Kiss Me, Son Of God." Since then, he has provided cello for various tracks from Apollo 18, Factory Showroom, Mink Car, and No!.

Garo can currently be found playing with Les Chauds Lapins with former TMBG backing-band member Kurt Hoffman. The band opened for TMBG in a few venues in 2008.